English at experience? Why not! – A survey 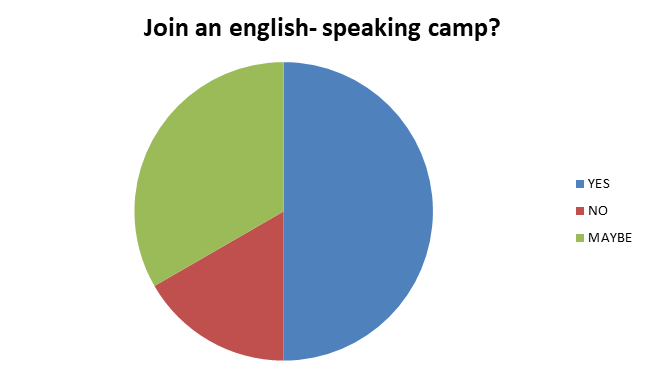 English at experience? Why not! – A survey

„experience“ is an english word, of course so why don´t we have any camps in which you can speak english?

For me, it doesn´t make sense and it leads to the question if I am the only one who thinks so. So I did a survey on the idea to create an english-speaking camp or in general to have some english influences in our camp journey and these are the results:

2 How many and which languages can you speak?

3 Would you like to join an english speaking camp? 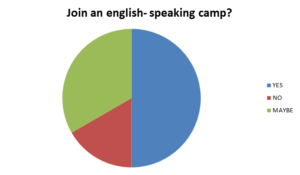 4 What do you think about the idea to have some english influences on experience?

In conclusion I noticed that not everybody likes english the way I do but at least half of the people I asked would like to join an english- speaking camp and maybe that would be enough english influence on experience- which is the other peoples opinion too.